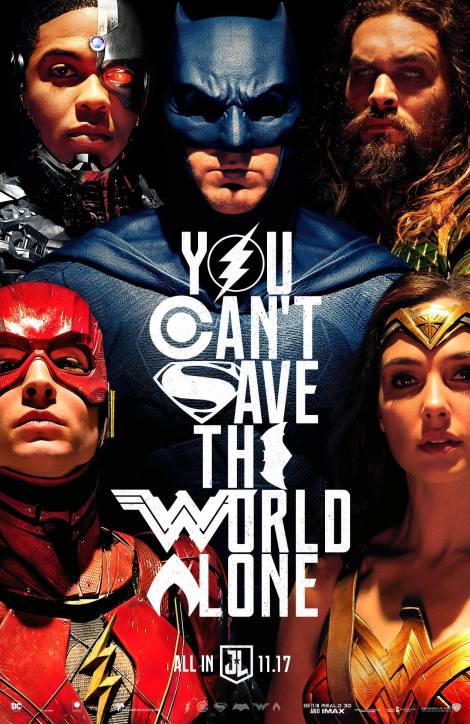 OVERALL: Justice is Served! Yeah, I liked it.

POINTS: The saving grace for the DC movies has always been the casting. I think everyone filled out their roles perfectly. I just wanted to watch each of them.

PITFALLS: Oh dear. Ok, look, I LOVE Zack Snyder. I think he is super. However, his need for dramatic gravitas weighs down the DC movies. In discussions with DC loving friends, we agreed that he tried to make Superman the Dark Knight; and then never gave up the Dark Knight motif. Well ok, but no, the Dark Knight bit is only one part of Batman. And to really be a darker, grittier Batman, you need the lightness of Superman and the variety of texture of the other characters.

Plus Snyder’s acting beats are waaaaay to long at times. Another way to say it is that his movies are slow. All of this is not the end of the world, it just doesn’t bring the characters to life or move the plot. And that is really what we fans want: We want to see our beloved characters on the big screen. In short, study Marvel and do that.

Also I really liked what Anthony Ha at TechCrunch wrote:

Ultimately, what I wanted was a movie that brought my favorite superheroes to life in affectionate, entertaining way. Sounds easy enough, but most recent DC movies have failed that test. Justice League passes, quite comfortably.

Check out his full review: ‘Justice League’ looks ugly and rushed, but I liked it anyway.

Turn the DC movies over to Patty Jenkins and let the money and great reviews roll in.

FEMALE CHARACTER(S): We have Wonder Woman (Gal Gadot), Lois Lane (Amy Adams), the wonderful Martha Kent (Diane Lane), and ooo hooray Queen Hippolyta (Connie Nielsen) and the Amazons!  We had a good array of women that were always their own people and even passed Bechdel Test. I liked.

CULTURAL PITFALL(S): Oh dear. Ya’ know, I know about the male gaze and how it is used to objectify women in movies and TV. When I saw Wonder Woman I almost couldn’t believe my eyes. I knew that Director Patty Jenkins always wanted Wonder Woman to be pretty. Ok. But when I saw the movie yes she was pretty/beautiful but I saw her as a person. The female gaze.

When I started watching Justice League, ah ha!  I totally saw how WW was framed and coifed that she had to be pretty. Now look she was as valued and respected as the men on the team, however the camera had to still show us that she was desirable and therefore ok. A comparing and contrasting of these two films and how they treat WW should be in film classes.

HIGH POINT(S): Oh my! My fave High Points – and there were many – involved the characters communicating with others/revealing themselves. So fun! Here are a few of my favorite lines/references:

FINALLY! Bruce honored Superman by paying off the Kent farm so Martha could still live there. 🙂 I mean duh!

EASTER EGG: Race: I love seeing Superman and Flash see who is fastest. Oh and Barry Allen runs funny in this movie which I found extra endearing. 🙂