We have a hefty Christmas movie rotation that runs the gamut from A Lion in Winter to Die Hard to Miracle on 34th Street and I love all of those but the short films are a ton of fun, like emptying your stocking on the big morning, a little bit at a time. We have a few of those, too, like Pee Wee’s Christmas and Ice Age Christmas, but my favorites are the shorts made by Dreamworks. They’re always based on feature length films, and if you’re like me you’ve seen the originals a few times so you go into these holiday films with a good knowledge of the characters and settings.

One of the strengths of the shorts is how firmly they’re based on the original films. Master Po is still both the smartest and stupidest person in the room, and still voiced by Dustin Hoffman. All of the characters are voiced by the original actors, which enhances the overall strength of the films. The jokes are familiar, and really funny no matter how many years you watch them. I never get tired of laughing at Puss N Boots being distracted by the fuzzy ball on his hat while telling a Christmas story. I will admit that King Julian’s narcissism isn’t as funny as it used to be. New characters are a lot of fun, my favorite being the little girl Abby in Merry Madagascar. She’s the cutest kid in the world and I will brook no argument on that. She’s also voiced by Willow Smith, the daughter of Jada Pinkett Smith who voices Ginger the hippo.

The music is good across the board. Cool Yule sung by Louis Armstrong in Merry Madagascar is the perfect tune for the moment (but Bette Midler’s version is the best ever), and no one will ever use O Fortuna to better effect than in Shrek the Halls. I laugh every time. And I would buy the Eddie Murphy sings Christmas Tunes as Donkey album in a hot minute.

All three tell a story that perfectly compliments its original film, with a great Christmas plot that tugs at the heartstrings. Kung Fu Panda Holiday and Shrek the Halls are about the importance of family, and Merry Madagascar shows the season being about thinking beyond yourself and being generous.

They’re short films so I’m not saying a lot about them. I think you should make a point of seeing them if you haven’t already. They’re sweet and hilarious and made to the same high standard as the original feature length films they’re based on. 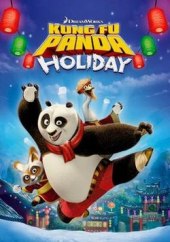 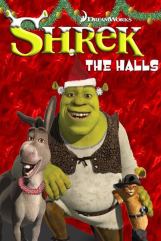 CFR: In Addition: OMG. I gotta watch these now. Thanks Mildred!