Enjoy this Monday with Mildred and A 241 Review! 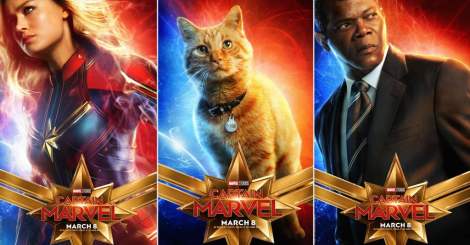 This movie is a lot. Set in the 1990s, it’s a massive backstory to the ginormous Marvel canon of films that began oh so long ago with Ironman in 2008 as well as an origin movie for Captain Marvel herself, and the Marvel universe FINALLY making a film with a female lead. There’s a lot more, but that’s a good start.

If you’re a fan of the franchise, you’ll figure out pretty quickly that Vers (Brie Larson) is training to fight for the Kree. Well, okay, you might say to yourself. I’m confused. Aren’t they the bad guys from Guardians of the Galaxy? The film will leave you hanging for quite a while before explaining what the heck is going on, and not all in one huge data dump, and I really liked that. It’s one of the better written, better plotted movies in the Marvel Cinematic Universe (MCU). Considering this is one of the lynchpins of the huge net of plot that covers so many films I’m happy they made the effort, and I also appreciate that Disney paired a long awaited female led MCU film with such an important piece of the puzzle because it’ll undoubtedly bring out more fanboys than it normally would.

Captain Marvel has all the hallmarks of an MCU film: loads of action, beautifully shot, great cgi work, big with the funny, and a strong cast of characters. I’m still getting over Annette Benning being a Marvel actor, but okay. The opening montage is all Stan Lee in his cameos over the years, and yes, I did get teary watching it, and then again at the first of Lee’s postmortem cameos filmed before he died. I don’t think I was the only one, because it got really quiet in the theater.

Because the film is set in the 1990s we get to see a load of cool retro things, like a Blockbuster video store (I still miss them!), vintage cars, pay phones, oddly sized ties and Fury and Coulson much, much younger. The newish technology that allows retro actors is revolutionizing what can be done with movies, and I’ve been waiting for it for nearly thirty years. We both thought it was funny to see so much product placement, which was huge in the 90s but not something we’re used to in an MCU movie, at least not so humorously blatant. It’s especially obvious in the 3D version with a Chevy logo In Your Face.

Casting for this film was really important. Captain Marvel had to be an actress who looks good, with good chops and the ability to sell a fight scene. There’s no shirking in the MCU. They got someone with two out of those three things. Brie Larson doesn’t quite sell the fight scenes until she became entirely cgi, and that’s a damned shame. At one point I said to my companion, “She just got all Buffy on us”, referencing a scene in Buffy the Vampire Slayer where Sarah Michelle Gellar was supposed to be whaling away on a heavy bag and it was just embarrassing. Larson is very sympathetic, so I’m not terribly unhappy with the choice. She’s also the only MCU actor I’ve seen who didn’t look ready to run in terror every time Fury said something to them.

We were also both very happy with the casting of Lashana Lynch as a kick ass fighter pilot, and her adorable daughter played by Akira Akbar. I’m looking forward to seeing how they reintroduce the kid in the upcoming movies. They had better. Lynch plays Air Force fighter pilot Maria Rambeau, the name being one of a couple of joke names playing off the 90s, another being a character named Mar-Vel, accent on the second syllable.

It was impossible to keep up with the nods to earlier sf movies, not just the MCU, like a high energy fighter plane sequence in the deep canyons of the southwest US, like Independence Day, and a pastiche of the moment we discover how bad ass Groot is when he wipes out a gang of baddies with his tentacles. That was both exciting and hilarious to an MCU fan. The biggest nod was the introduction of Goose the cat, who I believe is the g-g-g-g-g-g-g-g-g-granddad to Jones in the movie Alien. Yet again Marvel is making theater workers all over the world unhappy, having to wait until after the massive credits to see the most excellent post-credit scene.

This is a movie that walks a line between telling it’s own story, carrying the burden of a decade of backstories and hints of where the franchise is going. I think it does that well, and is a fun, feel good movie. I’m amazed Marvel can continue to turn out good movies for this long, and also very happy about it.

I originally reviewed Captain Marvel last week. Click on the link to read it.

So today I want to write about the nasty fantrolls who tried to put this movie down because it was Captain Marvel. Read: All about a woman. To them I say: Higher Further Faster.

Because Captain Marvel has done what Wonder Woman did before it: Made a LOT of money and appealed to a LOT of fans. (Hence the money.) Check out the links below:

So you sexist, misogynistic, whiny, fantrolls who just have to make women miserable, I once again say to you: Get therapy. Grow up. Embrace who you are as a man, as a person now and stop blaming others for how you feel about yourself/your life. It’s you that needs to change and you can do it.

Long Live Goose!!!!!!!!  YOU MUST watch all the way through to the end of the credits for the best Marvel Short EVAR!1 It involves Goose and a hairball that ends up being the tesseract. On Fury’s desk. LOLOLOL! That moment as inspired the below t-shirt. 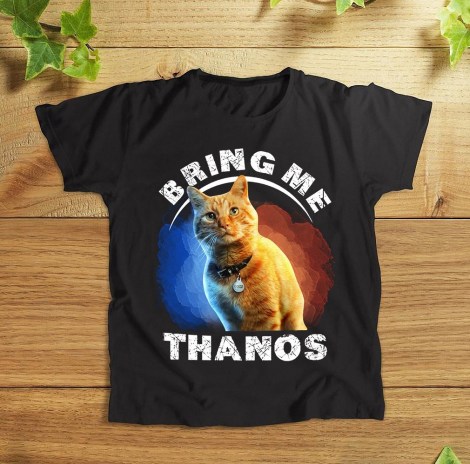