Welcome to our first Horrorite Review! A Horrorite is someone who is on Mildred’s horror listserv. This post is from Mr. Pearce who hails from New Zealand!! Thanks to Mr. Pearce for letting us post this.

I saw It and although I largely enjoyed it (the kids are charming, the photography is gorgeous, some parts are really funny, etc.) I have come here to complain about a few things. 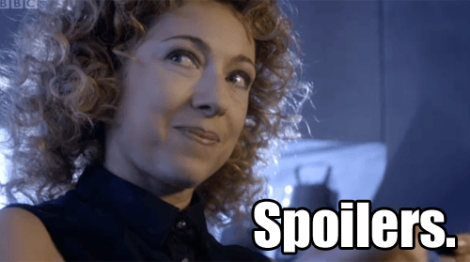 I was really disappointed that they completely disposed of the parts where It appears to the kids as monsters that have scared them from horror movies. The book was a huge love letter to the horror genre, but the movie drops the ball here. Sure things like Frankenstein’s monster and the Mummy are a bit dated now, but It‘s made by the studio that made the Nightmare on Elm Street series, and I think they missed a trick in not at least having an appearance from Freddy.

I thought that Mike got shafted. In the book he’s the historian through whom we learn about the history of Derry. In the film all of that is given to Ben. Mike gets to be the Black kid who brings a gun to the party. Nice going with minimizing and stereotyping the only ethnic minority, guys.

Speaking of which, a huge element of the book is that the presence of It has really ramped up the levels of racism, homophobia, misogyny and other bigotry in the town. In the movie? Nahhhh. It just makes the bullies more cartoonishly evil. Even they are robbed of any motivation from the book; now Henry Bowers apparently carves his initial on Ben’s stomach because he’s the new kid, not because Ben refused to let him copy his Math test.

Then there’s the part (not in the book) where Bev, the only girl in the group, is kidnapped by Pennywise so that the boys can rescue her. Barf. But not too surprising from the director of Mama, a movie which says that women can only be fulfilled in motherhood, even if they think they don’t want kids.

There are a couple of effective horror moments in the movie. Most notably, the entire opening sequence where Georgie goes missing and the later scene where Bill sees Georgie in the flooded basement. Both of these scenes took a little time to build suspense and managed to be nicely creepy. Bill Sasgaard really shines in the first scene, and it’s a shame he never gets to be quietly creepy like that again. But most of the rest of the horror scenes follow the all-too-common current idea of jump scares combined with loud noises. To my eyes these scenes have more in common with action than with horror. Making something louder doesn’t make it scarier.

On the basis of this and Mama, I don’t think much of Andy Muschietti as a horror director. He handles the scenes with the kids being kids well, but his tendency to show his monsters too often robs them of their fear factor IMO. His best work to date is the original two-minute short version of Mama.

The book has plenty of problems, but it’s not afraid to go into the places where the real-life horror dwells. The movie excises anything truly dark and disturbing (with a couple of exceptions: the killing of a kid as young as Georgie and the stuff with Bev and her dad – but then again, dads abusing daughters is enough of a movie cliché that it was able to be an element of Forrest Gump without disturbing anyone too much) and replaces them with jump scares and loud noises.

This is how you make a horror movie that makes $370 million at the box office, folks. Tie it to an existing property with iconic visuals, but don’t make it TOO scary, don’t make it socially relevant, be sure not to bring up issues that might make a white middle-class audience uncomfortable.

Now let’s all get ready for Chapter Two, based on the less compelling parts of the book. 😉

I enjoyed It, honestly. But good grief, it really is a defanged mainstream idea of a horror movie.