PITFALLS: Men characters could have been a bit more interesting and diverse. See Cultural Pitfalls below. Also the movie did not have the full range of “magnificence” – for lack of a better word – that I felt would have made this movie great. As it is, it is a fun popcorn movie to enjoy.

FEMALE CHARACTER(S): Yup. Lots of fun female characters with lots of fun interactions. * [SPOILER ALERT] * I found it touching and believable how Maleficent began to love Aurora. I did predict a thing that happened at the end while I watched it and it made me very happy. It was good to see another Disney movie where “true love’s kiss” was more than heterosexual romance. In this movie it is between guardian and child. Very very very fun. * END [SPOILER ALERT] * Also nicely done Elle Fanning as Aurora. Her sweetness and goodness was believable and not sappy or stupid.

CULTURAL PITFALL(S): Ooo0 cool! One of the first characters you see in the movie is a leader in the King’s army who is of African descent!! Hooray!!! I was so excited to see this and eager looked for more PoC. Uh, well, hmmm. There were perhaps three people in the court who were PoC and the one leader and then nothing else. Everyone else looked like European descent. Oh bummer! Now look I am glad that there were at least a few PoC who seemed to be accepted but Disney, although this is a step in the right direction, we need more. I would like some big strides, please. That court could have been filled with a variety of PoC and that would have been cool.

1:) Angelina Jolie. She leaped off the screen in this role. Yes she is one of the most beautiful women in the world, yes she has talent – she won an Academy Award, she is amazing and she IS Maleficent! She rules the screen. Well done Ms. Jolie! Well done!

2:) The Pixies. It was so fun watching the three pixies fly around in their tiny bodies. They were very funny.

3:) Believable Retelling. I love how they wove the story of this Maleficent to reflect Sleeping Beauty. Very clever, very well done.

BECHDEL TEST (Website): 3 of 3. I couldn’t find this reviewed on the Bechdel Test Website yet but oh yeah, there are lots of times when women talk to each other about all kinds of things other than the lead male.

RACIAL BECHDEL TEST (Website): .5 of 3. Well drat!!!!!! There was a black knight – no, seriously, an African descent man was playing a knight!!! – who spoke to kings. He also seemed to be a leader of some kind but drat it all I can’t find him in IMDB as some people do not have pictures and I cannot remember his character’s name. Bother. That’s why it is .5.

DVD/BLU-RAY WORTHY: Yes! I can’t wait to watch it on the big screen in my house. 🙂 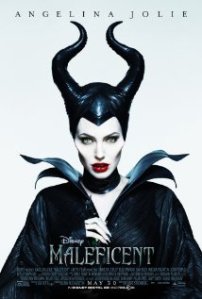 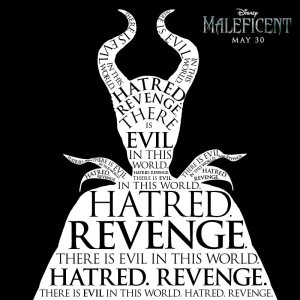