So I get updates from Kickstarter because I have funded a few great projects on it. On a whim, I read through the current best projects. One of them was the Dark Justice Show. When I read the description “Amir Johnson is the first black cop in a small town, and he’s ready to fix his department. The problem? Just about everything.” I knew I had to investigate.

The show describes itself as:

Dark Justice is a critically acclaimed comedic web series that takes on racism and policing in America with absurdist humor and biting satire.

THE STORY
Dark Justice tells the story of Amir Johnson, the first black police officer in a small town department.

Season 2 continues to follow the first black cop in a small town, Amir Johnson (Che Holloway), and his overtly racist partner Stanton (Tim O’Connor). Johnson and Stanton are an unlikely “buddy cop” duo in a post-Ferguson world where nobody trusts the police, and the police themselves are forced to reckon with their negative image to no avail. Throughout the season, they mistake cell phones for guns, navigate the blue wall of silence, and fail miserably at community engagement, all the while mishandling everyone from social justice warriors to their own Union representatives.

I then decided that such a funny, honest show deserved funding so I contributed. I encourage you all to do the same. Watch the episodes on the site, view the Kickstarter page, and thank the universe somone is actually making this show. 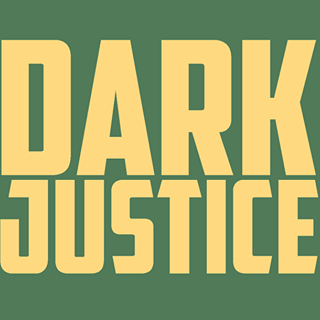