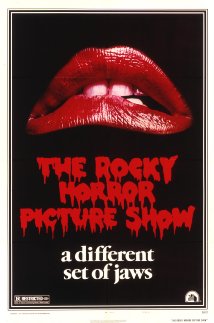 “I wanna go.” – Lips, from The Rocky Horror Picture Show

Years ago in the very early ’80s a buddy of mine Ellen C. was the main organizer for audience participation with this movie called The Rocky Horror Picture Show (TRHPS). She’s an awesome person so of course I went. Squee.

I was treated to a cultural phenomenon that had just started. Yup, I was there at the beginning. Watching TRHPS for the first time I was amazed. Granted my mother, Dr. Elizabeth M. Lion, was a sex educator/researcher at Indiana University with ties to the Kinsey Institute so frank talk about sex and sexuality in all its myriad forms was nothing new to me. However watching this fun movie made better by the audience’s love and interaction was joyous. I went to the movie several times – probably 20+ in my teen years and took many friends. I was also totally in to dressing-up and even got to perform as Frank-n-Furter during “Sweet Transvestite” (see clip below). A man who did drag told me I did well and I felt VERY complimented. It was, BTW, the scariest thing I had ever done on stage before or since. 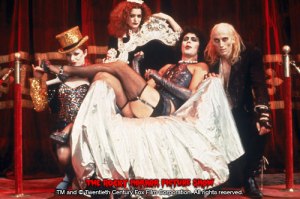 “In the back row.” – Lips, from The Rocky Horror Picture Show

As time went on TRHPS stopped playing regularly in theaters and thus I stopped watching. I still remembered many of the audience lines and could pretty much still sing all of the songs – it’s really good music. When Hubby and I started our DVD collection we got TRHPS and watched it. IMHO, I didn’t like it as much as I had in the theater. This might be because the beats and pauses in the movie were good when there was audience interaction to fill it up. I put the movie away and thought that one day again, yes, I would like to see it in the theater. Maybe even dress-up.

Two Saturdays ago I got my chance.

“Now if anything grows, while you pose.” – Janet, The Rocky Horror Picture Show

As you may remember from my previous post, I saw TRHPS on Halloween in Nashville, Indiana at the Brown County Playhouse. It took me back. First I totally enjoyed seeing people my age – 51 or older – at the show ready to do their participatory duty!! There were wonderful TRHPS costumes and the Playhouse even gave out a bag of props. Excellent ’cause that helps when watching the show. Two good buddies of mine joined me. One was very familiar with the movie BUT HAD NEVER SEEN IT IN THE THEATER!! I told her she was a Rocky virgin, which she is not anymore. Lots of us did the Time Warp – see below – sang along, and did our part to give out the original participatory lines. I am deeply ashamed to admit I only remembered 10% of the audience lines and wished that Ellen C. were there to remind me. The Playhouse was nearly filled and it was just fun!

As I watched the movie I looked at it through my CFR eyes and here is what I think: 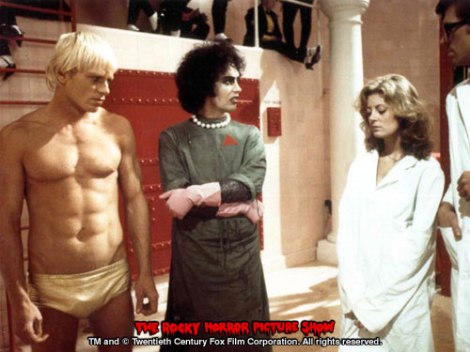 Complaints. Ok, people I’ve got a huge complaint. HUGE. It’s not about the movie, it is about the audience interactions. I am utterly disgusted with audience members who continually yell slut at Janet. This bothers me in two big ways.

Our culture’s deep sexist hatred of female sexuality has lead many people to thinking that should “slut” every time Janet’s name is said is just wrong. Ah yes, slut. I despise slut-shaming so unless you want to start calling Frank-N-Furter and all of the other men in the movie sluts too, then knock it off. Now. I realized having to listen to the obnoxious sexist BS of the audience is one of the reasons I stopped going to see TRHPS. I’m really tired of the sexist hatred. Plus the audience now thinks that they can interrupt the movie by constantly shouting slut. Knock it off. If you can’t appreciate Janet, then zip your mouth or stop going.

Oh and good  grief, quick yelling “asshole” at Brad all of the time too. Geesh. He doesn’t deserve that.

If you want to participate with TRHPS, then participate WITH not OVER. Learn to let the movie do the talking too. Audience participation is there to add to the movie not add noise.

Yeah, I’m old and I’m cool with that.

“I’m a wild and an untamed thing.” – Frank’n’Furter, The Rocky Horror Picture Show

I will always have a warm place in my heart for this movie. The camaraderie and love I felt for those I saw the movie with and participated with will always be special. And I will always enjoy taking people to see it.

Live LONG TRHPS! You deserve it. 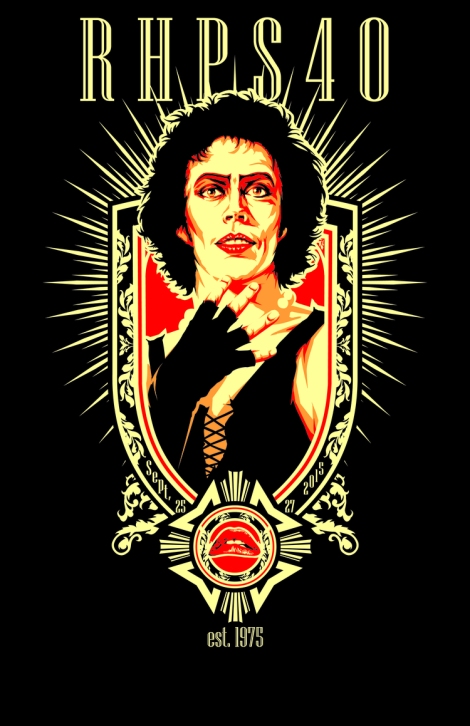