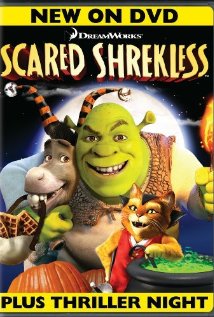 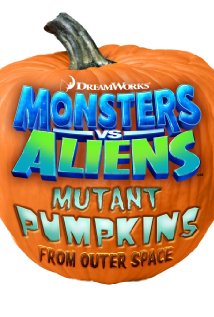 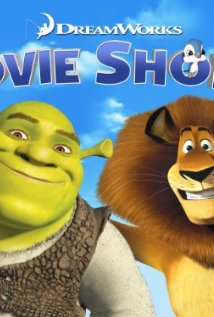 I love cartoons even more than I love zombie movies, so when Scared Shrekless, followed by Monsters vs Aliens premiered on Halloween night 2010, I was so there. Both of the half hour features are funny and fun, though I found the Shrek entry better. They’re both gorgeous, well written and the voice acting is first rate for network tv, with most of the original actors returning.

Shrekless is a trilogy of very short stories with the frame of a contest amongst Shrek and his friends for who is the King of Halloween. Based on “classic” literature, the first story is The Bride of Gingy, in which the title character makes the girl of his dreams. It’s actually a creepy little mixture (appropriately) of Night of the Living Dead, Fatal Instinct, Bride of Frankenstein and a good helping of Dreamworks charm. Next is the Boots Motel, the contest between Donkey and Puss. I found this parody of Psycho to be the weakest portion, though there are some bright moments. Last is The Shreksorcist, which is the most deeply referential of the three, including even the famous steps from The Exorcist. Very young children may not be able to handle some of the sequences, which can get a little too thrilling at times. Adults, especially geeks, will enjoy the references and just plain silliness and of the three disks in this review, I think Shrekless is easily the best.

The Monsters vs Aliens feature followed Shrekless on premiere night, and it’s one story about Susan and her monster friends going home for a fun Halloween night and instead being pressed into duty as some UFO dusted pumpkins come to evil life and make things hot for the town of Modesto. There is humor and drama and even a little pathos, with pretty Dreamworks art and the movie’s original voices. Because it’s telling a longer story it has to work harder to stay funny, making it slightly less effective overall. It’s also easier on the youngsters, though those pumpkins are brilliantly creepy looking.

A few days ago I discovered Shrek’s Thrilling Tales, which is apparently a direct to video collection of shorts. There is no frame to pull the stories together and a wide disparity in the quality. First up is a new short, The Pig Who Cried Werewolf, which has some humorous moments but mostly is no better than okay. Shrek, Donkey and Fiona appear in The Ghost of Lord Farquar, a paean to all lamely written films that love the chase sequence over actual plot and insist even kick butt characters like Fiona need to be rescued all the time. Originally done for 3-D, it has all the stupid junk people who don’t really get the 3-D format throw in for thrills. Things just keep jumping in your face. I was glad I have a 2-D version. Last and in no way least is Night of the Living Carrots, a sequel of sorts to the Monsters vs Aliens mutant pumpkins. It’s hilarious, and mostly features the voice of Seth Rogan as B.O.B., moronically battling evil living dead carrots.

As a whole Thrilling Tales isn’t very good, but if you don’t mind spending a few dollars for an eight minute short, the carrot story is worth it. On a kid scale, it didn’t seem any more frightening than the original half hour feature. Both of the Monster vs Alien shorts pay homage to other works, but not as openly as the Shrek features.

Watching these makes me want to go back to the original movies again, and are fun additions to the larger stories. Here’s hoping for more of the same (except the Farquad one) in the future.