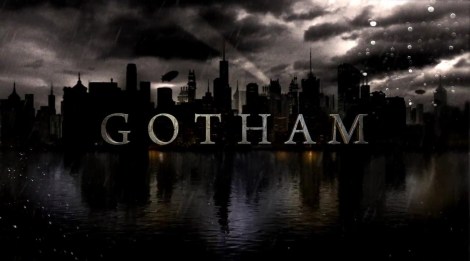 INTRODUCTION: This is the third of three and last DC TV Reviews. (Well until DC makes more shows.) Enjoy!

OVERALL: OMG. It is so awesome to watch the Batman characters in their childhood/youth. It is so fun to see how they will become the adult characters we know and love.

POINTS: Salute all actors/casting. So perfect. Just like in Arrow and Flash the cast is perfect. Everyone seems to be totally loving their roles and it shows. This show has a palpable energy that is so much fun.

PITFALLS: Would like to see more PoC in the show.

FEMALE CHARACTER(S): I mean oh Lordy, Jada Pinkett Smith as Fish Mooney is fantastic! What a wild villain. She is not your typical crime boss. Then we have Camren Bicondova who plays Selena Kyle, the future Cat Woman. Huzzah! Captain of the story’s precinct is Sarah Essen played by Zabryna Guevara. Barbara Kean played by Erin Richards is so far the only character in the show who seems to be following sexist stereotypes of messed up girlfriend. But we shall see what the future holds for her. New on the field is Dr. Leslie Thompkins played by Morena Baccarin. These ladies are only a few as several other women grace the show in different episodes.

In short, there are many women to watch in this ensemble piece. They and the men work together and it is good.

CULTURAL PITFALL(S): It would be nice to have more PoC. Now yes this is showing characters from Batman’s world, which tends to be white, but still more PoC would be good. 🙂

HIGH POINT(S): The acting is is all so good. Hats off to Ben McKenzie who plays the future Commissioner Gordon. He is righteous, self-righteous, and right without ever losing my sympathy. The show seems to focus mostly on him and it works. Also nod to Donal Logue as Gordon’s police partner, Harvey Bullock. I like how we continually get to discover this character’s moral center. Special mention to Jada Pinkett Smith as Fish Mooney. No crime boss has ever been so terrifyingly psycho.

RACIAL BECHDEL TEST (Website): 1 of 3 to 3 of 3. Though it is less likely to have this met than the above Bechdel Test.