PITFALLS: Uh, why didn’t everybody just move south? And geesh sometimes the characters were so frakking stupid. Boys and girls, when you see Reavers you get outta there and get a way bigger boat. Oh and why don’t movie cannibals ever have the sense to talk? The screaming this is getting old.

FEMALE CHARACTER(S): It’s the “end of the world”. Why is the heroine wearing make-up?

CULTURAL PITFALL(S): Why are people so stupid at the “end of the world”? Oh and this movie, saying no one can survive? Uh, NO! The Inuit and Eskimos and Laplanders will do just fine. They’ve lived like that before. Geesh.

HIGH POINT(S): They hired some GREAT actors. And at one point I thought the movie was going to be “Alien in a frozen freighter” but then it turned into “Reavers from Firefly take over the frozen north.”

RACIAL BECHDEL TEST (Website): 1 of 3. A few PoC characters in the background. 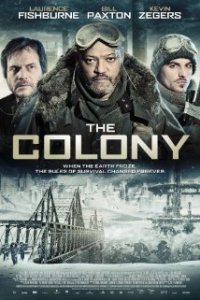