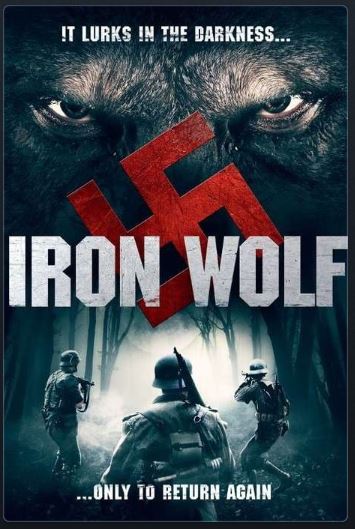 or, how not to make a movie

As you may recall, I can’t stand werewolf fiction. Still, as a reviewer I must stay open to movies and books that may be interesting for other people so when I read the blurb on this movie while at the video rental store I was intrigued. Nazi zombies have been well done in several movies, so why not try a Nazi werewolf? Let me count the ways.

Rule #2: If there’s a sex scene, ask your actors if they’ve ever had sex before. Also, be sure your actor is strong enough to hold an actress against a wall.

Rule #3: Assume the audience can tell the difference between two armies. The uniform generally gives this away, so you don’t have to have a Soviet platoon “sneaking up on” a Nazi force while waving a six foot Soviet flag. And no, no one ever drove around their troop truck with a six foot Nazi flag covering the hood.

Rule #4: Look up the word foreshadowing. It doesn’t mean repeated close and stagey shots of an item that will be used later to wrap up the plot. This especially doesn’t work when you break rule #1.

Rule #5: Fire your art department if he thinks splashing blood on a lab coat is a subtle dig at Nazi scientists, or if he thinks aging a blown up lab 65 years means dragging a couple of plastic garbage bags into the corner.

Rule #6: Explain to your stunt person that a dead Nazi doesn’t fall down stairs so carefully.

Rule #7: If A then B. When you “blow up” a laboratory and abandon it with a werewolf trapped inside for 65 years, don’t leave a usable gun and Nazi coat in the corner for the homeless guy to find and therefore give him the nerve to open the door with a large animal scratching on the other side. Also, buy some black paint and give it to the art department guy to try and fake “blown up”.

Rule #8: Choose a better metaphor. If you’re going to cleverly hint that war destroys beauty by having a jackboot step on a flower, don’t use a weed.

Rule #9: To make a vanity film, find actors who are pretty.

The rest of the rules can be found at #ohmygodmakethismoviestop.

Don’t even ask me why I watched all of this amazingly bad movie. I think it may have been a personal vindication of my theory that werewolves are not a good choice for fiction. It may also have been the whiskey.

CFR: In Addition: LOLOLOLOL!!!!!!! We are still laughing about this review.