Lucy Worsley is a history author with an IMdb.com listing. I first saw her on The Six Wives of Henry the Eighth, and decided she’s one of those historians who get it that not only should history be shown in an entertaining way, but that real history is more squeezing the sponge than carving a straight line in stone. Nothing ever happens all by itself. There are always interconnections that a good historian will relay to their students by squeezing out all the ingredients from the sponge, like how WWI affected the Golden Age of detective novels, or how a large drop in crime, especially murder, helped create the “sensation” novel craze.

As well, her writing is very entertaining and personal, at various points relaying her experiences in research, like doing some of the Red Barn murder circuit and, “Having the pleasure of operating the museum’s puppet of William Corder under the supervision of its curator, Cathy Hall, and found myself taking an inappropriate level of enjoyment in causing it to kill its Maria once again.” As she shows with her television forays, Worsley understands that history should be a personal business, flowing from the teacher to the student. It doesn’t get more personal than handling ”Corder’s actual scalp, complete with shriveled ear”, and admitting, “Such experiences, mixing horror and fun, were genuinely unsettling and genuinely pleasurable.” We know she gets it, which helps us understand it.

There have been a number of books written on the subject of Britain’s love affair with crime and how it created large amounts of fiction, sometimes barely disguised from its real-life origins, beginning with the widely acknowledged starting point of the Ratcliffe Highway Murder in 1811.  At the back of the fairly short book there is a “Sources” section, and the first one mentioned is one I tried and failed to read. Worsley says, “Judith Flanders’ excellent The Invention of Murder: How the Victorians Revelled in Death and Detection and Created Modern Crime (2010) greatly influenced my approach to the subject of A Very British Murder, and was an important source for the first two-thirds of the timescale covered here.” She is correct that Flander’s book is very detailed.  It’s massively, ginormously, GLACIALLY detailed about the various forms of “entertainment” created directly from murders made famous by stage play, novel and broadsheet. The biggest difference, I believe, between the two works is that Flanders is writing more for a serious scholar of fiction, especially of theater. She also goes into much greater detail about the actual murders. Much greater, and much gorier, and after each an exhaustive rendering of what was written by whom, where it played and how many people saw it. If you’re into such things, go for it, the subject is fascinating.

Worsley, on the other hand, seems to have a greater handle on the bigger picture. The reader of her book will have a better understanding of how murder fiction interacted with everything from fiction to the beginnings of professional policing and forensic detection, and even politics. Nineteenth century fiction and gory, tawdry murders may seem unconnected, so if you’re interested in finding out how they go hand in glove in Britain, check out this book. It’s not too long, it’s based on personal preference and experience of the author, and is a well rendered history book. 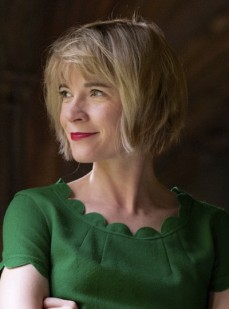