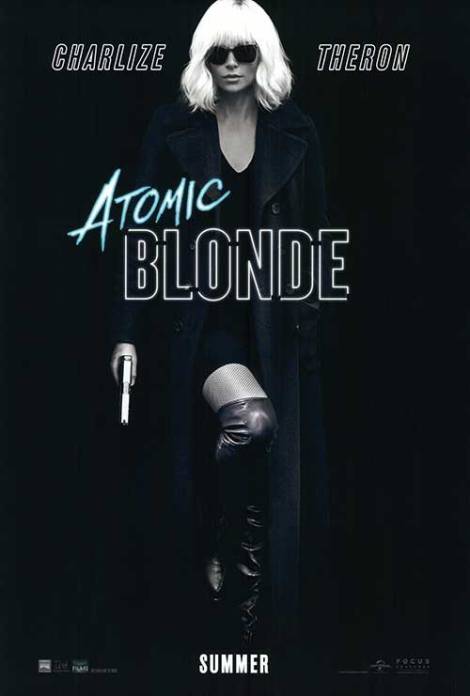 OVERALL: Oh WOW! This movie was amazing! Action, adventure, intrigue, fabulous soundtrack, OMG IT WAS SO GOOD! I would see this again in the theater. I can’t wait to watch it at home!

POINTS: Had you asked me before I saw this movie if I would love a movie set in the 80s with an 80s soundtrack, I would have laughed. OMG I actually started to miss the 80s during this movie! It chose all of the best songs. Cool! It was also good to see a slice of spy thriller around the Berlin Wall. I remember that coming down so it was cool to see it in the movie. Note: My stepmother was there and has a piece of the wall.

FEMALE CHARACTER(S): This movie centers around Lorraine Broughton played to perfection by Charlize Theron. Go Charlize! She is a wonderful action hero and OMG the fight scenes in this movie were GREAT.

CULTURAL PITFALL(S): No PoC characters. *sigh* Granted East Berlin might not have been a safe place for PoC, but still, it would have been good to see some in the other environments. In fact, seeing PoC in the non-East Berlin environments could have shown how those worlds were better as in less oppressive.

1.) Fight scenes. Not only was the choreography beautiful to watch, the characters actually got hurt and had to recover. Yes our heroine was a major badass, however you also got to see her get hurt, recover, and go again. I liked that bit of “reality”.