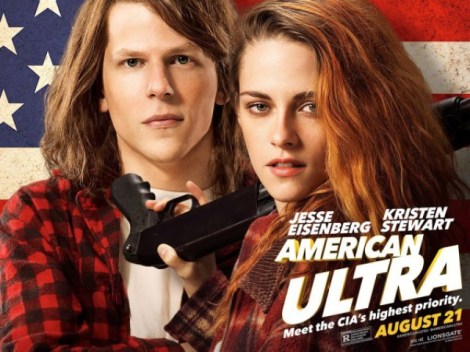 OVERALL: ROLFLOL!! This was FUN! I thought I would like it but OH I LIKED IT! So did Hubby. In fact, just writing this review is making me giggle.

POINTS: All of it. It was a very well made movie: Intricate plot and writing, good cinematography, good acting. It was all on point.

FEMALE CHARACTER(S): *giggle* First we have Kristen Stewart as Phoebe Larson. Yes she is both stoner girlfriend and butt kicker. She was perfect. I know it is fashionable to put down Kristen Stewart and make fun of her. (Sexism in action – I won’t get started.) However she was perfect in this.

Next Connie Britton as Victoria Lasseter. OMG I totally love this character! It is not often you get to see a woman in a suit be a powerhouse in both the office and with her fists. So cool. So fun. More please!

CULTURAL PITFALL(S): There was one moment when Phoebe got slut shamed. She should have pushed that right back on the shamer. Missed that moment, movie.

HIGH POINT(S): Kristen Stewart and Jesse Eisenberg playing off of each other perfectly. Perfectly. Whatever you may think of these two they are talented actors and they handle their scenes perfectly. Wonderful sense of timing.

RACIAL BECHDEL TEST (Website): 3 of 3. LOL! John Leguizamo and Sam Malone made me laugh so much I can barely finish typing this. 🙂

DVD/BLU-RAY WORTHY: Yes ’cause we own it and I am glad.

I really like these two posters of Jesse and Kirsten so I added them. 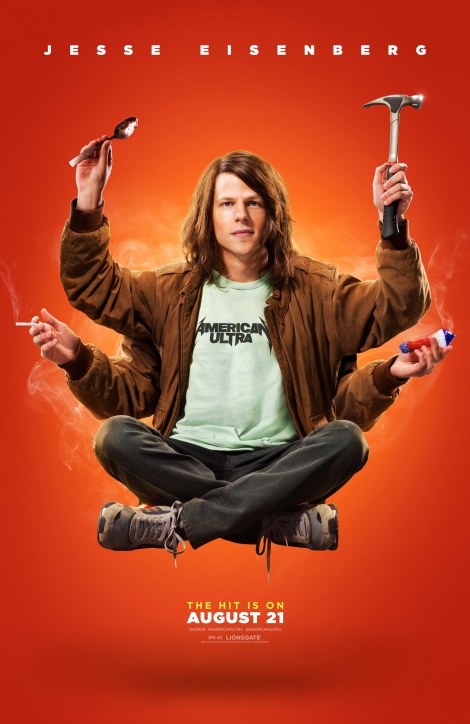