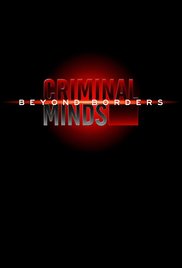 INTRODUCTION: So last night Hubby and I were watching Criminal Minds: Beyond Borders (CMBB) and Hubby says “Can  you believe this show has been getting bad reviews?” What!?!?! I exclaimed as we both really like it. So although I have other reviews that are in the cue, CMBB, is going up first ’cause I like this show!

OVERALL: Whoa this is good! Wonderfully diverse cast – hooray for women and PoC!!  Plus some darn fine actors as well. And ooooo did I mention international scenes and cultures? Love it.

POINTS: Now yes Criminal Minds (CM) is a good show, but I felt that it got too heavy and dramatic for me to keep watching. I need some lightness and character joy. CMBB is giving me just that. Yes we are dealing with unsavory criminals but our characters pull through. Plus we get to see them support each other which I really like. I also like their airplane headquarters. I don’t know why I like that plane so much but I do.

PITFALLS: If CBS cancels this, I will be very angry.

FEMALE CHARACTER(S): Oh cool. We have two characters that are different from each other in both brains and looks. I like that one of the characters is an attractive woman who doesn’t look like an underweight fashion model. Huzzah!! And we have seen the CM tech woman show up too and well, I could write books on how much I love her! Plus the women are supportive of each other and their male colleagues too. Very very nice.  Alana De La Garza as Clara Seger and Annie Funke as Mae Jarvis I look forward to seeing more of you!

RACIAL BECHDEL TEST (Website): 3 of 3 – Squee!!!! I love that we have two PoC cast members and hooray the African-American man gets to be the computer Geek!

What You Can Expect From Criminal Minds: Beyond Borders

What Is Criminal Minds: Beyond Borders? Cast Explains All