Ok, ok, ok. You might be getting sick of the Marvel Cinematic Universe announcements. (I’m not.) Well this might be the last for a while. (As in a few hours.) Thanks again to Comicbook.com we know: Marvel Studios Announces Upcoming Release Slate Of Phase 3 Movies. I also copied it below.

I know I can’t wait for these release dates to get here soon enough. Plus I think this is a fine announcement to share on my favorite holiday. Enjoy!

At a live event at Disney’s El Capitan Theater in Hollywood today, Marvel Studios officially announced the titles of several of their previously untitled movies. After Warner Bros. surprised fans a couple weeks ago by announcing several DC Comics movies at a shareholders meeting, many had speculated correctly that today’s fan event would be Marvel’s turn to tout their upcoming releases. 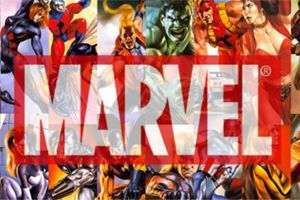 *I still think it would be great to add a Black Widow and then Black Widow/Hawkeye movie to the line-up. 🙂